The History of COP26

As we tentatively emerge from the clutches of the pandemic, you may have heard mention of COP26 and how world leaders are due to gather in Glasgow in November for momentous discussions. But is it the first time you’ve heard of COP26? Are you wondering exactly what it is? You’re not alone. Although this annual conference is in its 26th year – hence the title – many people remain unaware of its purpose and significance.

COP exists because of one fundamental fact – the world is gradually warming because of carbon dioxide emissions (CO2) caused by humans. This decade has was been the warmest on record, intensifying extreme weather events such as heatwaves, floods and forest fires. Urgent change is needed. Around 200 countries are now due to meet for a crucial summit to address the crisis.

What does COP mean?

COP stands for ‘conference of the parties’, and is the meeting of the world’s governments as part of the UN Framework Convention on Climate Change (UNFCCC). Signed in 1992 at the Rio Earth summit, the UNFCCC requires global nations to reduce greenhouse gas emissions in order to avoid dangerous climate change. The annual COP summit is where the participating nations submit, discuss and review their commitments to tackling the climate crisis. COP26 was originally scheduled for last year, but was postponed due to Covid-19. Hosted by the UK government, it will now take place from 31 October to 12 November in Glasgow. This year’s conference is seen by many to be the last chance for the world’s nations to keep global warming within safe limits. Without question, the stakes are high. 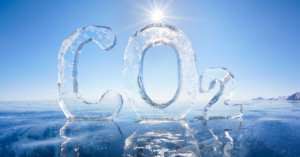 The first COP took place in 1995 in Berlin, and subsequent meetings have produced outcomes of distinctly varying success. In 2009, developed nations pledged to donate $100 billion (£720 million) a year to poorer countries, although this target has still not been met and is likely to be pushed back even further. However, 2015 proved to be a momentous year for the conference, as it saw the signing of the Paris Agreement. After protracted wrangling and exhaustive discussion, all developed and developing countries agreed to keep greenhouse gas emission within an established limit.

Given that the world has been steadily warming since the Industrial Revolution in the 1700s, the main goal of the Paris Agreement is to keep global heating to below 2°C compared to pre-industrial levels, while striving to stay within the safer threshold of 1.5°C. The 2°C figure is considered to be the outer safety limit for global warming, after which the impact of climate change would be disastrous and irreversible.

Climate economist Nicholas Stern, one of the summit attendees in 2015, said of the meeting: “I felt that the Paris Agreement was the moment when the world decided it really had to manage climate change in a serious way. We were all in it together, that’s what people realised.”

Governments are also required to set national targets, known as Nationally Determined Contributions (NDCs), for reducing greenhouse gas emissions by either 2025 0r 2030. The NDCs submitted in 2015 were deemed inadequate, as they would result in catastrophic heating of more than 3°C. To counter this, a ‘ratchet system’ was built into the Paris Agreement which required all countries to resubmit new commitments every five years. The time to resubmit is now – world leaders are meticulously drawing up their NDCs in preparation for COP26, which will aim to keep hopes of the 1.5°C limit alive.

In order to stay within the 1.5°C target, we must stop emitting greenhouse gases almost completely by 2050. Any remaining emissions must then be offset by the world’s carbon stores, such as forests and wetlands. This balance is known as Net Zero – another increasingly ubiquitous term that may have become lodged in your consciousness of late! This decade is viewed as absolutely crucial in the climate crisis. If the world is to remain within the 1.5°C threshold, it is estimated that global emissions must be reduced by 45% by 2030, compared with 2010 levels.

A recent report from the Intergovernmental Panel on Climate Change (IPCC) warned that drastic measures must be taken before 2030, if complete climate breakdown is to be avoided. Joeri Rogelj, director of research at the Grantham Institute, Imperial College London, and an IPCC lead author, said: “This report shows the closer we can keep to 1.5°C, the more desirable the climate we will be living in, and it shows we can stay within 1.5°C but only just – only if we cut emissions in the next decade. If we don’t, by the time of the next IPCC report at the end of this decade, 1.5°C will be out the window.”

Around 30,000 people are expected to gather at the conference across its two-week duration. Among the prominent attendees will be Boris Johnson, US President Joe Biden, Sir David Attenborough, Pope Francis and Greta Thunberg. It is hoped that China’s president Xi Jinping will attend, though this is one of the biggest questions hanging over the conference. As China is one of the highest emitters of CO2 in the world, his presence would be highly significant for the talks and would prove his country’s willingness to stand by the Paris Agreement. 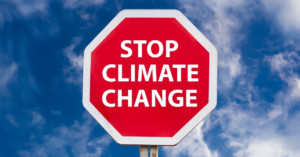 What can we do?

Clearly, there is still much work to do if the targets set out by the Paris Agreement are to be met. Global temperatures are already approaching 1.2°C above pre-industrial levels, and greenhouse gas emissions are still on the rise. However, the UK is making significant steps forward. We have decarbonised our economy faster than any other country in the G20 since 2000, and we’re the first major economy to lawfully declare that we will reach net zero carbon emissions by 2050. The UK’s new NDC is committed to reducing economy-wide greenhouse gas emissions by at least 68% by 2030, compared to 1990 levels, and we are currently the largest producer of offshore wind energy in the world.

Small steps we take as individuals are now more important than ever in the fight against climate change. ‘The 7 Rs’ of waste management are something we can adopt to reduce carbon emissions on a wider scale, and teaching younger generations about recycling will help to keep hopes of the 1.5°C target alive.

As a recycled plastic company, we’re constantly striving to be part of the solution when it comes to the ongoing fight against climate change. Some of the decisions made at COP26 will directly affect our everyday lives – from how we heat our homes to how many flights we take – and we will be watching the results of the conference closely. We would like to see all of the countries fully commit to net zero emissions by 2050, with substantial reductions being made by 2030. Declarations on cutting out coal and ending petrol cars would also be a hugely positive outcome. The UK has officially announced the end of the sale of new petrol and diesel cars in the UK by 2030 and we’d love to see other nations follow suit.

We’re also keen to see how nature-based solutions will feature in COP26. These projects seek to restore and preserve existing forests, peatlands, wetlands, so they may be used as natural carbon sinks. The destruction of rainforests is a major contributor to climate change and biodiversity loss, and we hope this will be high on the agenda at COP26. Common timeframes for countries to submit their NDCs will also be examined, and whether that be a five-year or ten-year requirement. We would prefer like to see the shorter timeframe applied to all countries, as it will drive greater ambition toward positive action.

You may not personally be attending COP26, but by choosing British Recycled Plastic, you’re making a making a hugely positive change for the planet and actively helping in the fight against climate change. So why not get on board? We offer a range of products that are not only incredibly tough and durable, but actively help to dismantle the UK’s domestic waste mountain and keep plastic out of landfill.

Our recycled plastic is completely rot-proof, splinter-proof and maintenance-free and it comes with a 25-year guarantee. This means that year after year after year, it will keep its good looks and robust functionality without needing anything other than an occasional wash down. Of course, as it is chemically inert, it can be washed as often as wanted, with bleach, disinfectant or any other regular cleaning product.

We’re proud of how our role in the world of recycling is helping to reduce domestic waste and create products which are useful, long lasting and beautiful. Engineered from 100% British waste, our production line is supplied to thousands of organisations and private homes across the UK: we believe our products are the very best that money can buy. We’re making waste wonderful.

Visit British Recycled Plastics Webshop
Get in touch with our friendly and knowledgeable team by phone or email:
01422 419 555
[email protected]

Do check back as we update our blog to regularly.
You’ll find more information on recycling and climate change, as well as other relevant topics.