Surprise and delight for our competition winners!

‘The greatest pleasure I know is to do a good action

by stealth and have it found out by accident.’

So said Charles Lamb in 1834, and 185 years later it still rings true. Kieron Jarrold obviously knows this very well… but more about that later.

First we need to go back a step.

As regular visitors will know, a few weeks ago to coincide with the start of the new school year we ran an open-entry competition on social media for one school to win an entirely free recycled plastic picnic table of their choice, with a not-inconsiderable maximum value of over £1,000. All the entrants had to do was like and share our post with the name of their nominated school in their shared post. This proved very popular, with several hundred entries and over 75,000 people seeing the posts; so far so good, situation normal.

The winner (chosen at random) was the post made by our hero Kieron Jarrold, pictured above. Why is he a hero, you say? Because when the BRP office bunny rang Perry Hall Primary School to tell them they’d won and ask which table they would like, they didn’t even know they had been entered. More than that, the office staff couldn’t even put their finger on who Kieron was. Kieron, legend that he is, seems to have entered the competition on the school’s behalf (perfectly within the rules, by the way) and told no one, so that when they were called to organise delivering the prize, their surprise and delight was palpable.

Sandy Byrne, administration officer for the school, said “we had no idea we’d been entered into the competition, but we’re very pleased and grateful to Kieron for thinking of us. Our children will certainly make great use of the picnic table, particularly the games on the top.” 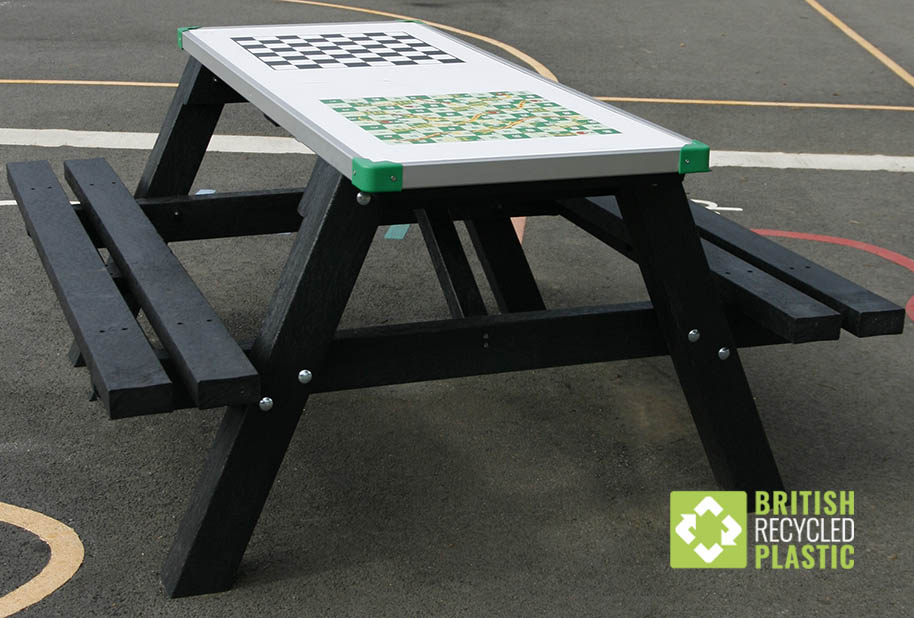 After an excited few minutes perusing our range on this page of our website, Sandy went for an Otley activity table with snakes and ladders and chess games on top. As it will be placed in the Year 6 end they went with the adult size – the Otley is also available in a smaller size for younger children but we totally agree that when it’s free then the bigger one gives better value.

We will be delivering Perry Hall’s picnic table in a couple of weeks, fully assembled and ready to use with all the pieces for the games, and we hope it gives their pupils many years of happiness.

Let’s finish with some more Charles Lamb: he also said “Some people have a knack of putting upon you gifts of no real value, to engage you to substantial gratitude. We thank them for nothing.” So another round of applause please for Kieron Jarrold and his gift of some real value, made all the better for being given in secret: not the hero Perry Hall thought they wanted but the hero we all need.